You are using a web browser not supported
You are using a website browser that is not supported by this website. This means that some functionality may not work as intented. This may result in strange behaviors when browsing round. Use or updgrade/install one of the following browsers to take full advantage of this website
IE
firefox 66+
chrome 72+
edge 17+
safari 12+
opera 58+

How to read a tyre size

Understanding the markings on the tyre sidewall.

Tyre labelling is now standardised throughout the European Union. Learn to read the labels and make the right choice!

Tyre labelling became mandatory throughout the European Union on 1 November 2012. This is in application of the provisions of European Regulation No. 1222/2009 relating to road transport.

Thanks to tyre labelling, consumers are better informed about the tyres available on the market. They are now in a position to make an enlightened choice by comparing tyres using the three new criteria indicated on the labels:

Energy efficiency: the impact of the tyre on fuel consumption, graded from A to E.

Wet grip: the tyre's ability to brake on a wet surface, graded from A to E.

External rolling noise, expressed in decibels and graded from A to C

Also, driving on A tyres instead of E tyres reduces the impact on the environment: the decrease in fuel consumption leads to a drop in CO2 emissions of 12 g per km, 180 metric tons per year! 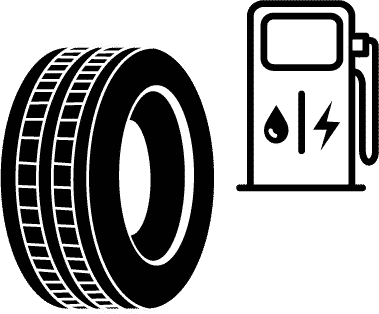 The right-hand part of the label shows the tyre's performance when braking on a wet surface. The measurements are taken on a vehicle under conditions defined in a European regulation (speed, road characteristics, water depth, temperature etc.).

The grade indicated on the label (from A to E) is arrived at by comparing the performance of the tyre tested with that of a benchmark tyre.

NB: this effect may vary from one vehicle to another, and in different driving conditions.

External rolling noise of the tyre

The lower part of the label relates to the noise emitted externally (on the road) by tyres in contact with the road surface. The figure expresses the noise level in decibels.

This is the first time that the effect on the environment of noise pollution from tyres has been taken into consideration.

NB: this indication does not include the noise heard by the driver and passengers inside the cabin.

Other information resources for users

Tyre labelling is compulsory and standardised across all tyre brands. The information contained in labels on KLEBER tyres is also available in the company's technical and sales documentation, at your dealership or on the website.

Similar information MUST appear on (or with) the sales invoice for the tyres received by the buyer.

Grading and technical information are communicated to Authorities and added to the European EPREL database. This database is accessible through the QR code next to the Energy sign and leads you to the product information sheet of the tyre.

2 pictograms can be seen on the label to express the ability of the tyre to be used on snow and/or ice condition.

Indication whether the tyre is a tyre for use in severe snow conditions (3PMSF marking).

Indication whether the tyre is an ice grip tyre (ice grip marking).

NB: Although important, the criteria selected for tyre labels do not represent the performance of the tyre in its entirety.
Drivers should be warned: fuel savings and road safety depend primarily on their behaviour on the road.

To reduce fuel consumption and get the best out of their tyres, drivers must: 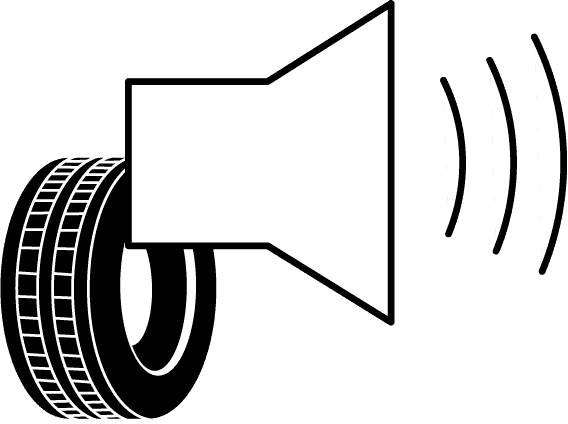